Hawaii’s NFL players participate in ‘My Cause My Cleats’ campaign during Week 13 of NFL season
Author: Christian Shimabuku
Read Original Article on khon2

Week 13 of the NFL season presented NFL players an opportunity to participate in the ‘My Cause My Cleats’ campaign, the one week during the season where players are allowed to wear cleats of their choice regardless of color scheme during games without getting fined, so long that it represents a cause.

Seven players with Hawaii ties took part, with some representing causes that benefit those back in the islands.

Kahuku alum and Los Angeles Chargers safety Alohi Gilman wore cleats that represented Ho’ola Na Pua, a local organization that works towards eliminating sex trafficking and providing care for children who are victims of it.

~I am honored to dedicate my cleats to a homegrown organization called Ho’ōla Nā Pua. Join me in fighting against Sex trafficking! 💜#MyCauseMyCleats pic.twitter.com/HqJMnUJ8sw

Straight 🔥🔥🔥
My Cause
My Cleats@NFL @Tua

Here are how players on 2020 NFL rosters with Hawaii ties performed on Week 13 of the season. For players that chose to participate in My Cause My Cleats, their organizations are listed in parenthesis:

Tyson Alualu, defensive lineman, Pittsburgh Steelers (Saint Louis): Alualu recorded four tackles in a 23-17 loss to the Washington Football Team on Monday. It was the first loss of the season for the 11-1 Steelers, who still hold the top seed in the AFC over the Kansas City Chiefs (11-1) by virtue of best win percentage in AFC games.

DeForest Buckner (wore cleats representing kNot Today), defensive tackle, Indianapolis Colts (Punahou): In his return from the reserve/COVID-19 list, Buckner made his presence felt in a big way with four tackles and two sacks in a 26-20 win over the Houston Texans.

Kamalei Correa, outside linebacker, Jacksonville Jaguars (Saint Louis): Correa was ruled inactive with a hamstring injury prior to the team’s 27-24 loss to the Minnesota Vikings.

Ka’imi Fairbairn (wore cleats representing Stomp Out Bullying), kicker, Houston Texans (Punahou): Fairbairn made both of his extra point attempts and went 2-for-3 in field goal tries in a 26-20 loss to the Indianapolis Colts.

Breiden Fehoko, defensive tackle, Los Angeles Chargers (Farrington): A week after making his NFL debut, Fehoko played but did not record any statistics in a 45-0 loss to the New England Patriots.

Kamu Grugier-Hill, linebacker, Miami Dolphins (Kamehameha): Grugier-Hill played but did not record any statistics in a 19-7 win over the Cincinnati Bengals.

Nate Herbig, guard, Philadelphia Eagles (Saint Louis): Herbig played but did not start in a 30-16 loss to the Green Bay Packers.

Marcus Kemp, receiver, Kansas City Chiefs (University of Hawaii): Kemp was active played against the Denver Broncos on Sunday Night Football but didn’t record any statistics in a 22-16 win.

Marcus Mariota (wore cleats representing Hawaii Foobank), quarterback, Las Vegas Raiders (Saint Louis): Mariota was active and suited up for the first time this season, but he did not play in a 31-28 win over the New York Jets.

Rigoberto Sanchez (represented the National Alliance on Mental Health Indiana), punter, Colts (University of Hawaii): Sanchez did not play due to surgery on a cancerous tumor.

Tua Tagovailoa, quarterback, Miami Dolphins (Saint Louis): Tagovailoa completed 26 of his 37 passes for a career-high 296 yards and a touchdown in a 19-7 win over the Cincinnati Bengals. In six games this season (five starts), Tagovailoa has thrown a total of seven touchdowns and no interceptions.

Manti Te’o, linebacker, Chicago Bears (Punahou): Te’o was placed on the reserve/COVID-19 list after testing for COVID-19 on Monday. 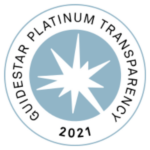